“Please, please get out before dark tonight,” Gov. Tate Reeves said at a news conference, addressing hundreds of people whom officials have asked to evacuate near the river in the Jackson area.

At 38 feet, “a large number of homes are flooded in northeast Jackson,” and water will enter some buildings downtown, according to the National Weather Service.

Some 2,400 homes and other buildings are at risk of being flooded, Reeves said.

Reeves declared a state of emergency “to deploy the necessary resources to take care of Mississippians that are impacted,” he said. 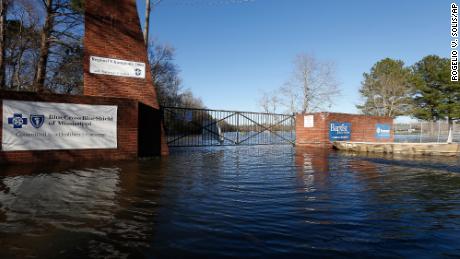 “Do not wait till until water envelops your home or blocks the road so that you cannot get out,” Mississippi Emergency Management Agency Director Gregory Michel said at the news conference in Pearl, near Jackson.

“When you take risks like this, it puts first responders, emergency responders at additional risks to come in and get you out of a home after it’s been flooded.”

The Pearl River at Jackson was at nearly 35.9 feet late Saturday morning, nearly 8 feet above flood stage, weather service
data showed. If it crests at 38 feet, it would be the third-highest crest there on record, the weather service says.

Evacuations are ordered for parts of Jackson

Evacuations were ordered Friday for parts of Jackson, and police officers were visiting affected homes to alert the residents, Mayor Chokwe Lumumba said.

Water has been creeping into northeastern Jackson for a few days

In northeastern Jackson, the Pearl River flooded yards and roads in the Cypress Trail area on Thursday,
CNN affiliate WAPT reported. Pickup trucks and ATVs could make it through the flooded roads, but cars were turning around. 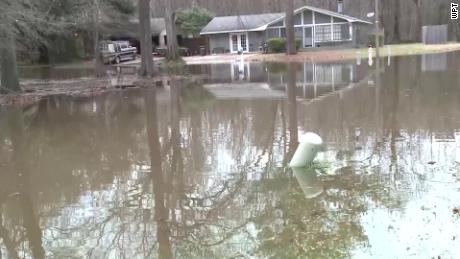 “I am terrified,” she told WAPT. “I have a business I’m running inside my home. I work from my home. So this is going to mess up a lot of things.”

CNN’s Haley Brink and Dave Alsup contributed to this report.