SugarHill Steward, the new head trainer for Tyson Fury, does not see an issue with his boxer adding some weight for the upcoming rematch with Deontay Wilder.

Fury will challenge Wilder for the WBC title on Saturday night at the MGM Grand in Las Vegas.

The bout is a rematch of their encounter from December 2018, which ended in a controversial twelve round split draw. 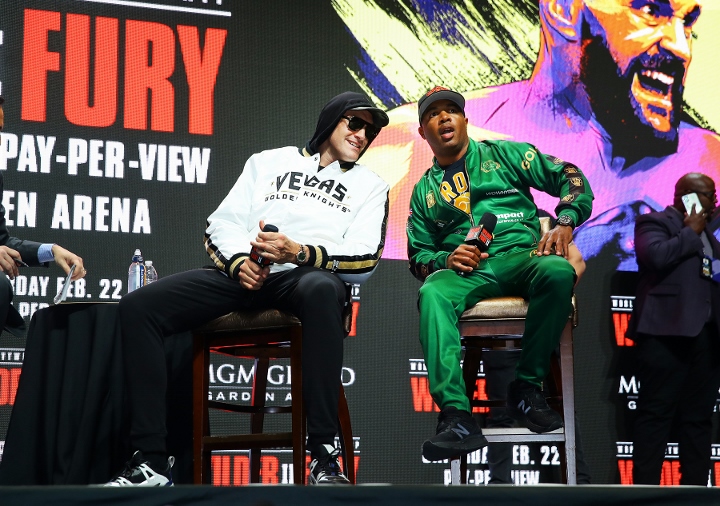 For the first contest, Fury weighed 256.5-pounds and he was a bit out of shape.

In the rematch, he plans to be a solid 270-pounds – which would be his highest weight since snapping a two and a half year layoff in 2018, when he was 276-pounds for TKO win over comeback opponent Sefer Seferi.

Steward believes the extra weight will provide Fury with an added advantage in the fight.

“Tyson Fury is a very tall heavyweight, so we believe that he can carry more weight, along with his power. He’s a big, strong heavyweight and extra weight won’t hurt him. He still moves around just like a super middleweight. Plus, he still has the ring IQ to set things up. We’re just adding some punching power to his arsenal,” Steward said.

“I am excited watching the fighter’s reactions today. Up until now it has been quiet and subtle. Today you saw the mood swings, and all the hard work the fighters have put into their training camps. Emotions are going up, and emotions are going down, but this is what big-time boxing is. Both of these fighters have a chip on their shoulder and are expressing themselves as they should.”

“I feel as if I have done everything he asked for. He wanted to be better technically, more aggressive, and be a big dominant heavyweight.”