“The Democrats are crooked,” he said when questioned in the Oval Office about what he learned from the impeachment ordeal, which concluded one week ago. “They got a lot of crooked things going. That they’re vicious. That they shouldn’t have brought impeachment.”

It was a conclusive answer to a question that seemed less and less of a question in the days since Trump’s impeachment trial gaveled out with a “not guilty” verdict.

Even as some of his aides scramble to explain away his behavior as routine, Trump himself is taking no pains to disguise his intentions. After administration officials downplayed the decision to ease sentencing recommendations for onetime campaign associate Roger Stone as standard procedure, Trump made clear the intervention was more narrow.

“I want to thank the Justice Department for seeing this horrible thing,” he said in the Oval Office as his Ecuadorian counterpart looked on. “They saw the horribleness of a nine year sentence for doing nothing.” 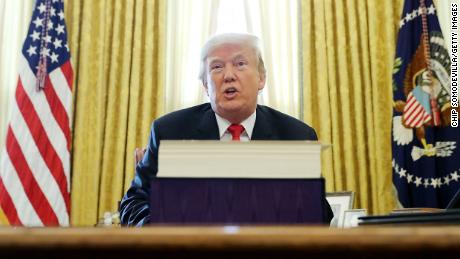 Stone’s crimes, in the eyes of the federal jury who convicted him of tampering with a witness and lying to Congress, were not nothing. But for Trump, the facts of the case seemed ancillary to the effect the episode had on Stone and his family.

“We have killers, we have murderers all over the place, nothing happens,” he said. “And then they put a man in jail and destroy his life, his family, his wife, his children. Nine years in jail — it’s a disgrace.”

Trump declined to say whether he was considering a pardon for Stone — “I don’t want to say that yet”– but the message was clear: the once-typical wall between White House political motives and Justice Department decision-making has fallen.

Trump himself has long erased the traditional line that’s existed between a president’s official duties and his political ones. Events billed as “official” engagements often turn to attacks of Democratic rivals. On Wednesday, a stack of red “Keep America Great” hats produced by Trump’s campaign sat within arm’s reach on a side table in the Oval Office.

But the longstanding practice of avoiding interference in politically charged Justice Department investigations had at least been applied in theory — if not practice. Now, Trump is openly flaunting his willingness to intervene.

Earlier in the day, Trump congratulated Attorney General Bill Barr in a tweet for “taking charge” of the Stone case and railed against what he described as the “Mueller Scam.”

And while Trump continued to insist on Wednesday that he hadn’t spoken directly to Barr or other Justice Department officials about the situation, he has said he would have the “absolute right” to do it if he wanted.

It’s not exactly what moderate Republican senators such as Lisa Murkowski and Susan Collins pictured when they voted against convicting Trump on impeachment charges of abuse of power and obstruction of Congress.

Their hope then was that Trump, stained by impeachment and chastened by accusations he misused his presidential authority, would operate in more traditional fashion going forward. 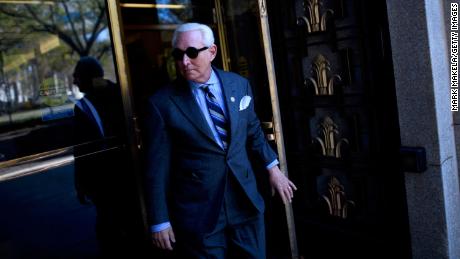 Instead, the opposite has seemed to occur. Trump has overseen the dismissal of two key witnesses from the impeachment trial, Lt. Col. Alexander Vindman, the top Ukraine expert on the National Security Council, and Gordon Sondland, the US ambassador to the EU. He’s itching to fire other officials he deems disloyal, and abruptly withdrew a Treasury Department nomination for Jessie Liu, the former US attorney who headed the office that oversaw Stone’s prosecution.

And after the Justice Department disavowed the government’s sentencing recommendations for Stone,
all four federal prosecutors working on the case resigned.

“I don’t like this chain of events,” Collins said on Wednesday. “The President weighs in, all of a sudden, Justice comes back and says, ‘Change the deal.’ I think most people in America would look at that and say, ‘Hmm, that just doesn’t look right.’ And I think they’re right.”

Murkowski, asked whether Trump had taken any lessons from the impeachment saga, said that “there haven’t been any strong indicators this week that he has.”

Trump paid little mind to those sentiments as he took questions, sometimes angrily, in the Oval Office on Wednesday, where he was ostensibly meeting with President Lenín Moreno of Ecuador. It’s the first time in nearly 20 years a president of Ecuador has visited the White House.

As Moreno looked on from his wheelchair (he was wounded during a 1998 robbery attempt and has used a wheelchair since), Trump cast himself as the victim of politically motivated takedown attempts and seemed intent on finding retribution.

Asked if he was concerned that federal prosecutors were resigning or withdrawing from cases on his watch, Trump said: “I’m not concerned about anything. They ought to go back to school and learn.”

He seemed more pleased with a question from an Ecuadorean reporter, who praised US economic growth before asking about signs of weakness in Latin American economies.

“I love that question,” Trump said, “I wish we had people like that here.”